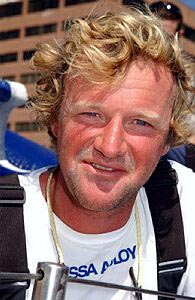 Neal McDonald was named skipper of the monohull Assa Abloy at the end of the first leg of the race, in Cape Town. It took him two legs to be confident in his new responsability and he won both Sydney Hobart and third leg in the one shot race to Auckland.

In Miami, Neal McDonald has just won his second leg in the Volvo Race and places his team at the second place of the overall rankings, height points behind germand crew of illbruck challenge.

For these reasons, McDonald is the man of march 2002. 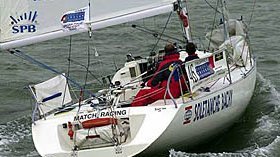 November 2001 SeaSailSurfer of the month : Stève Ravussin, winner of the Transat Jacques Vabre